Next Year's Courses: The Civil War and The South 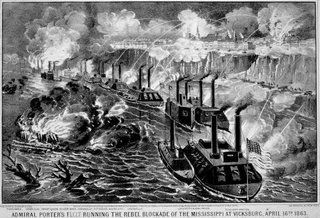 Course outlines for two units that I will be convening at the University of East Anglia next year:

Nineteenth Century Representations of the Civil War:
The Civil War defined the American Nineteenth Century, and yet it has often been asserted that it was an 'unwritten war'. This unit will refute such claims, and examine the diverse ways that the conflict found expression throughout the nineteenth century, from Harriet Beecher's Stowe's Uncle Tom's Cabin (1851-2) – in Lincoln's words, 'the book that started this great war' – to the publication of Stephen Crane's Red Badge of Courage in 1895. We will encounter a rich variety of representations – documentary photography, journalism, letters and diaries, memoirs, poetry, song, popular fiction, children's literature, short stories and novels – and consider throughout what the changing nature of the imagined Civil War has to tell us about America.

Nineteenth Century Literature of the American South:
This unit will explore the transformation of Southern literature in the nineteenth century and, in so doing, will examine the changing nature of the South itself. In the first half of the course, we will witness the emergence of a distinct Southern literary identity in the years before the Civil War, and particularly consider the effect of slavery on the development of Southern letters. In the latter half, we will encounter, through Reconstruction and beyond, the effects of defeat, liberation and memory, and their concomitant, contradictory expression in the diverse literary modes of poetry, plantation fiction, local colour and realism.