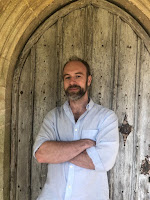 Thomas Ruys Smith is an academic and writer who specialises in the study of nineteenth-century America. He is Professor of American Literature and Culture at the University of East Anglia in the United Kingdom and co-editor of the journals Comparative American Studies and New Area Studies.

Much of his research is focussed around the social and cultural history of the Mississippi River. His first book, River of Dreams: Imagining the Mississippi Before Mark Twain (Louisiana State University Press, 2007) was an interdisciplinary examination of the different roles played by the Mississippi in antebellum American culture. His second book, Southern Queen: New Orleans in the Nineteenth Century (Continuum, 2011), was an exploration of the life and culture of one of America's most fascinating cities during a crucible period in its history. His latest book, Deep Water: The Mississippi River in the Age of Mark Twain (Louisiana State University Press, 2019), is a pioneering account of Twain's intimate and long-lasting creative engagement with the Mississippi which also details the thriving cultural life of the Mississippi in this period and highlights a diverse collection of voices each telling their own story of the river.

In 2023, he will continue his work on the cultural and literary history of Christmas in America with the publication of The Last Gift: The Christmas Stories of Mary E. Wilkins Freeman (Louisiana State University Press). He will also publish a new edition of Black Beauty in association with Redwings horse charity. Currently, he's at work on a book about Mark Twain and London.
He is also a Senior Fellow of the Higher Education Academy.

This website is a record of his publications and associated research activities. You can learn more about his books here, and his articles here. Follow him on twitter, and please feel free to contact him about any aspect of his work.

He (very occasionally) blogs about nineteenth-century literature at American Scrapbook.