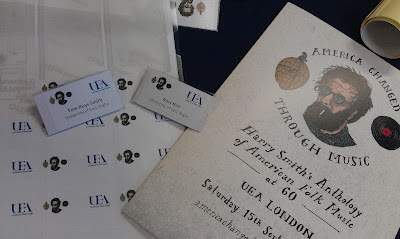 America Changed Through Music: Harry Smith's Anthology of American Folk Music at 60 - the one day conference and musical extravaganza that I've been organising along with my UEA colleague Ross Hair - took place yesterday, and we couldn't be more delighted with the way it went. There should be some video of the musical performances available on the official website at some point in the not too distant future.

In the run-up to the conference, we were also delighted with the amount of media coverage that the event, and the 60th anniversary of the Anthology, received. I was interviewed for a great article in the Financial Times, "Where the Weird Things Are", by Richard Clayton, which is available here.

And last weekend I was in-studio with Cerys Matthews on her BBC 6Music show. The audio of that interview is available below. Huge thanks to everyone who helped those things come together, as well as everyone who came along, spoke or performed on the day itself. 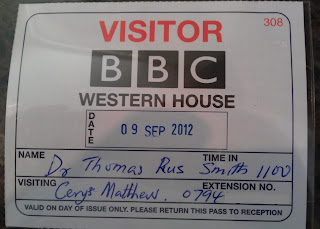