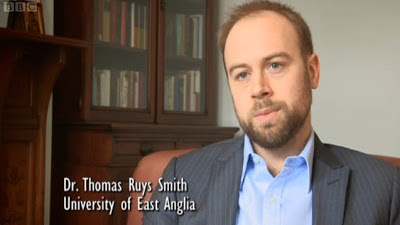 Last year I did some filming for an episode of BBC1's Heir Hunters that finally aired today. I was brought in to tell the story of the unhappy marriage between Nellie Grant, daughter of President Ulysses, and her British husband, Algernon Sartoris. Researching their union was a lot of fun, since it mainly involved digging into nineteenth century celebrity gossip. For a little while at least, Nellie and Algie were quite the golden couple, celebrated in publications across the globe. Then, things rapidly soured...

For a little while you can see the episode here. And I also wrote a post for American Scrapbook that includes a lot of the lovely detail that I couldn't get into the programme (like the descriptions of Nellie by Henry James). That's available here, forever - enjoy.

Email ThisBlogThis!Share to TwitterShare to FacebookShare to Pinterest
Labels: Television