Gods of the Mississippi 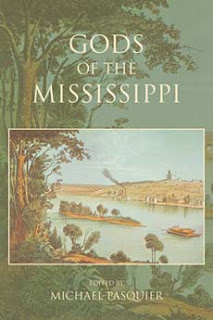 Great news for anyone with even a passing interest in the social and cultural history of the Mississippi River: Michael Pasquier's Gods of the Mississippi is just about to be released by Indiana University Press. I'm delighted to say that I have a chapter in the collection. It's an exploration of a number of antebellum American new religious movements (the Vermont Pilgrims, Mormons, Millerites), their relationship with the Mississippi, and the ways in which echoes of these groups lived on in the writings of early Midwestern realists like Mark Twain, William Dean Howells and Edward Eggleston who grew up around them. But beyond that, this looks to be a very compelling set of essays which should very fruitfully extend our understanding of the river's role in national life.

I'm doubly delighted to say that River of Dreams also gets a kind hat-tip in Michael Pasquier's introduction - alongside Thomas Buchanan's wonderful Black Life on the Mississippi (that I reviewed here). This is what he has to say: 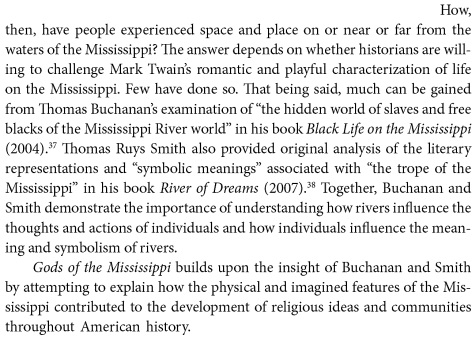 Gods of the Mississippi is available from Amazon.com here, Amazon.co.uk here, and can be previewed on Google Books here.